What is Bend Beer Yoga?

​Well it's as simple as it sounds...
Bend Beer Yoga is a yoga class that incorporates the drinking of beer
(cider, wine or cocktails) whilst performing super beginner yoga poses and not taking life too seriously!
​
Beer Yoga originated in Germany and has since become popular in Australia, Thailand and now the United States!
It is a bit strange it has yet to show its face in our beer drinking town...
Until now! ​
Bend Beer Yoga is for people that have never and would never take yoga but love drinking and having fun!
I repeat... FUN!
​​FOLLOW US ON FACEBOOK
to know when the next BEND BEER YOGA will be!
​CLICK HERE 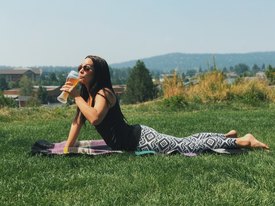